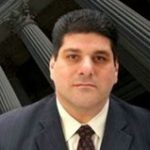 In Phoenix, Maricopa County, Arizona, or in any Arizona city or county, call Michael Ziton if charged with Aggravated Assault, Assault, or Domestic Violence under ARS 13-1203 or ARS 13-1204. When your future depends upon a strong defense, trust the Law Offices Michael E. Ziton PC. Aggravated Assault is committing an Assault where the defendant: 1) either causes serious physical injury or substantial disfigurement to another, or 2) uses a deadly weapon or dangerous instrument, i.e. motor vehicle, to intentionally place somebody in imminent fear of serious physical injury. Aggravated Assault involving a motor vehicle is commonly charged by the county attorney’s office if someone is drunk behind the wheel of a motor vehicle and has an accident which results in serious physical injury or substantial disfigurement to another person. The motor vehicle, according to the county attorney, becomes a “dangerous instrument.”

Aggravated Assault is also commonly charged when a person commits a misdemeanor act of assault on a police officer, teacher, prosecutor, health care provider, or prison guard. Due to the nature of these professions, any assault on them automatically may be charged as a felony. Additionally, a person can commit Aggravated Assault if they are eighteen (18) years of age or older and commit a misdemeanor assault on a child who is age fifteen (15) or younger. The range of punishment for Aggravated Assault can vary depending upon a defendant’s criminal history and the underlying facts in the particular assault case. Given the complicated nature of the Arizona Aggravated Assault Statutes and Sentencing Guidelines, it is critical to contact an experienced criminal defense attorney in Arizona to begin building a strong defense.

The most common defense in Arizona with respect to Aggravated Assault is Self- Defense. The key to defending Aggravated Assault cases will depend on eye-witness testimony, physical evidence, interviewing all witness, including people not listed in the police report, and the search for any video camera evidence which may be available at or near the scene, as well as character evidence. Many times, the alleged victim will want the criminal charges dropped. Unfortunately, the State rarely drops criminal charges simply because the victim is requesting the charges to be dropped. Remember, the county attorney’s office is the agency bringing the charges, not the alleged victim. The State can force the alleged victim to appear and testify against the defendant. There is a wide-range of other defenses to explore if you are charged with Aggravated Assault, including your constitutional rights; i.e. “Miranda Rights” and “Right to an Attorney.” Contact the Law Offices of Michael E. Ziton, PC. Michael Ziton has 25 Years of Criminal Law Experience to put on Your Side.

As always, Michael Ziton is Available 24 Hours to take your call and help you build a strong defense strategy. Michael Ziton can also be reached via website – arizonazitonlaw.com Contact Michael Ziton Today.